One evening in the late 1970s a woman went to downtown St. Paul and couldn’t find anything to do, not even a movie to watch.

She was appalled, because she loved St. Paul and hated to see it so desolate. But she didn’t just complain, because this was no ordinary woman: this was Sally Ordway Irvine, the granddaughter of Lucius Pond Ordway, who invested early in 3M and was a civic leader. Sally had “inherited her family’s love of the arts and sense of philanthropy at a very young age,” according to a tribute video to her on the Ordway Center’s website. Her former driver says on the video, “She was a very, very kind woman, and she just had a good heart and soul, and she was concerned about the city of St. Paul big time.”

Sally Ordway Irvine decided to remedy the situation. She envisioned a performing arts center in St. Paul, one that, according to former mayor George Latimer, her ally in the project “…would be on Rice Park and … would be for everybody.” Her brother cites her as saying, “I want everything from opera to the Lipizzaner stallions.” One previous Ordway CEO quotes her as saying she wanted “lots of music, no, lots of everything for everybody.”

Irvine started the ball rolling with a personal contribution of $7.5 million, and her family matched that amount. Twin Cities corporations and foundations added to the fund, and $46 million later the Ordway Music Theater opened on January 1, 1985. The featured performer that night, brought to St. Paul by the Schubert Club, was Leontyne Price, a world-famous opera singer. The program was titled, “A Theater in a Park on a River.”

The new Ordway Music Theater, later renamed the Ordway Center and mostly known just as the Ordway, featured a 1900-seat music theater, two rehearsal halls, grand lobbies on each floor, and the McKnight Theater, which had 306 seats. Over the years, in accordance with Sally Ordway Irvine’s dream, the venue has been home to the Minnesota Opera, the Saint Paul Chamber Orchestra, and the Schubert Club—all first-class musical organizations—plus theater including Broadway hits, dance, multi-cultural events, family events, world music, musical theater and vocal artists.

The renovated performing arts center, along with a saved and refurbished Landmark Center (the former federal building), played a role in the revival of the area surrounding Rice Park.

But there were problems. The four primary users of the Ordway Center struggled virtually from the beginning over use of the theater and over costs of maintaining it, and musicians complained about the acoustics.

One day in 2007 a woman was returning from the cabin in northern Minnesota she’d had for 30 years; she was returning to her job in California. As she left, she thought in passing how nice it would be to live closer to this place she loved. The next week she got a call from a headhunter and through that contact got the job to head the Ordway. The woman was Patricia A. Mitchell, who was president and CEO of the Ordway from August 2007 until early 2016. While Mitchell didn’t initiate the project to build a new music hall in the Center, she saw the concept take shape and come to fruition under her guidance.

Mitchell began her arts administration career as Director of Community Services for the Guthrie Theater in Minneapolis, then worked with Minneapolis-based Arts Development Associates, a national consulting firm, before moving to California, according to her profile at http://www.gustavus.edu. In California she served as executive director of first the San Francisco Opera and then the Los Angeles Opera; in 2000 she became CEO of the Los Angeles Philharmonic, a position that included oversight responsibility for the Hollywood Bowl.

“You couldn’t schedule a toothpick,” Mitchell said about the competition for performing space in the Ordway when she came. Praising local community leaders, she said they got together with the arts organizations to find a solution to the problems. The result was the Arts Partnership, consisting of the four major Ordway users: the Saint Paul Chamber Orchestra, the Ordway itself, the Schubert Club and the Minnesota Opera. Under the aegis of this group, a new music hall was planned and constructed.

Construction on the 1,100-seat concert hall, which replaced the McKnight Theater, began spring 2013 and was completed in the spring of 2015. It was designed by HGA Architects and built by St. Paul-based McGough Construction. The concert hall is the primary home for the St. Paul Chamber Orchestra, while the 1,900-seat Ordway Music Theater hosts the Minnesota Opera and the Schubert Club events.

Costs for the project totaled $79 million, $40 million for the building, $7 million for transition costs, and $32 million in an endowment for operating costs. The funding included $16 million in state bonding and $3 million from the city of St. Paul.

A few interesting facts about the concert hall:

–It has a shoebox design, with some seats behind the performers.

–The audiences feel quite close to performers, as the farthest seat is only 110 feet away from the conductor.

–It presented an architectural challenge to fit a 1,100-seat hall into the space of a 306-seat hall.

–There’s a shared box office for all the organizations using the space.

–Because of limited space outside the Ordway, building materials had to be scheduled to arrive on the same day they were used.

–The ceiling of the new hall is made up of 14.7 miles of oak rods stained to look like mahogany; it is designed for acoustic performances but can accommodate amplified ones too.

Mitchell must have felt some of the pride and satisfaction Sally Ordway Irvine felt on that January day in 1985. Under the leadership of these two women, the Ordway Center was born and developed into widely renowned venue. Mitchell’s replacement Jamie Grant took the reins in spring 2016 when Mitchell retired.

As its own descriptions state: “The Ordway is widely recognized as one of the nation’s leading nonprofit performing arts centers and St. Paul’s most elegant and inviting performance space.” And, “Located in the heart of downtown St. Paul overlooking Rice Park, Ordway Center for the Performing Arts is recognized as the premier performing arts venue in the Midwest.”

Note: The Ordway’s children’s programming, which reaches 50,000 K-12 students from all over Minnesota and eastern Wisconsin, is another prominent community service. The Ordway pays for the students’ transportation and their tickets are just $4-15. They are entertained by shortened performances by regularly scheduled groups. The Ordway also sponsors the annual Flint Hills International Children’s Festival and the St. Paul Conservatory for Performing Artists, a “professionally guided academic and artistic environment” serving students in grades 9 through 12. 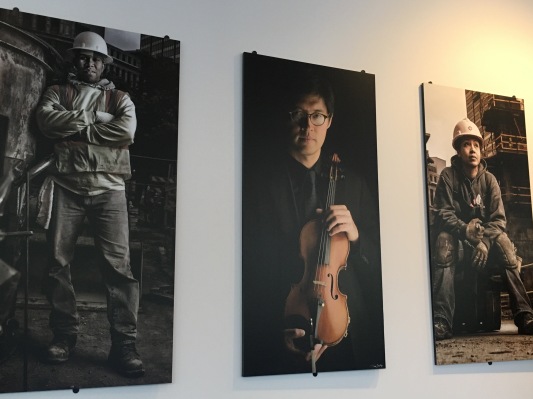 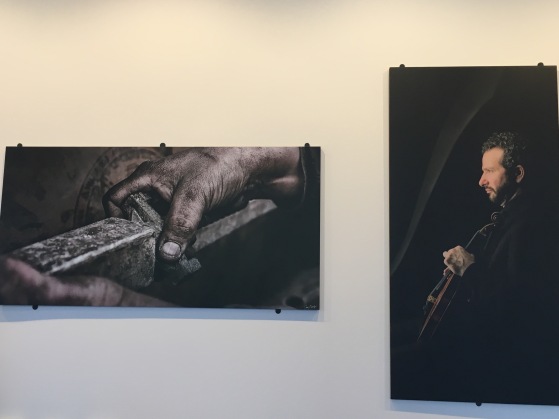 3 thoughts on “The Ordway: Saint Paul’s premiere arts center adds a touch of class (and glass) to downtown”