Happy new year! The beginning of the school year usually feels more like a new year than January 1 does, and that sense of ending-yet-beginning is heightened by our Minnesota benchmark, the State Fair.

To some the fair embodies the state itself. In Blue Ribbon: A Social and Pictorial History of the Minnesota State Fair, Karal Ann Marling states her conviction that “the Minnesota State Fair is our central cultural institution–the place where all the varied strands of immigration, agriculture, commerce, politics, aesthetic preference, and moral standards meet and mingle.” If the State Fair serves as a convenient symbolic microcosm for our state, the Grandstand serves as the central emblem of the fair and its history, as well as reflecting in its offerings our tastes as a society–for consumer goods, for entertainment, and for celebrities. In the past, its shows reflected the citizens’ celebration of military might and technological progress. 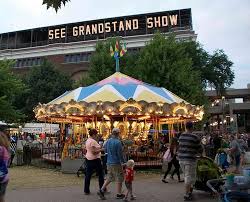 The Grandstand underwent renovation in 2002 and 2003, yet the 1909 building still displays great dignity; in it, the advanced technology of that earlier era is “masked … with a slipcover of Roman arches and antique cornices” (Marling). This is the second Grandstand; the original was one of the first buildings erected at the fair, a two-decked wooden structure.

The Grandstand’s heart and soul are the events and exhibits it has housed over the years. The character of the entertainment has changed greatly:     “… lady equestrians, a manned balloon flight, brass bands, horse races, and a stiff dose of political oratory rounded out the ideal program of diversions during the fair’s early days,” Marling notes. Horse racing dominated for a while, then automobiles, then aircraft, reflecting the Minnesota fair’s leadership in introducing and promoting new technology, especially any conveyance that could help the farmers get their products to market quickly. “Always a force for modernization, progress, and change, the fair exhibited an ‘electric horseless carriage’ as early as 1897, says Marling. In the early part of the twentieth century, huge spectacles were popular as nighttime entertainment, often reenactments of military battles. Today it’s the impressive list of big-name entertainers that dominates.

The early spectacles make today’s offerings seem tame. At the first one, in 1887, “In the Grandstand a near-riot ensued when paying customers took every available space and the crowd kept coming anyway. People scaled the fences, pushed past the guards, and sat on rooftops in such numbers that every creak brought fear of collapse.” Later, after the fair was first illuminated in 1899 and night shows became possible, “Rudimentary sets were built facing the Grandstand, and they were wired with explosives. Actors were trained to charge and retreat on cue. Cherry bombs and fireworks of all varieties simulated artillery, fires, explosions, and bombardments” (Marling).

The spectacles were very popular, and some even were reprised, such as “The Burning of Rome” and “The Last Days of Pompeii.” These productions were prominent at the fair during the first thirty years of the twentieth century: “From 1899 and ‘The Burning of Manila’ through the 1920s, when ‘1776,’ the ‘Fall of Troy,’ and ‘A Night in Baghdad’ provided the themes for elaborate pageants of light and sound, these wordless dramas were the accepted form of outdoor entertainment,” notes Marling. Other titles included “Tokyo Through Quake and Fire,” “Mystic China,” “Siege of the Dardanelles,” “War of Nations,” “Modern Warfare,” and “The World on Parade” (Frank Duffield, The History and Heritage of 100 Years, Minnesota State Fair, 1964). 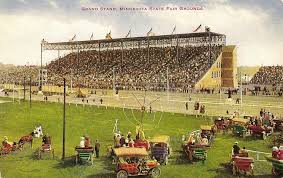 Stunts and thrills shows were among the other forms of early entertainment at the Grandstand. In 1899 bicycle and chariot races were followed by a climactic act in which a diving horse plummeted from a forty-foot platform into a lighted tank below, and in 1933 Thrill Day featured a train wreck on the infield. Preceding the fireworks shows were daredevil, vaudeville and circus acts, such as a “lady” fire diver, a troupe of dancing ponies, trained seals, a contortionist, auto polo matches, and human cannonballs. Dramatic photos from the era show fire divers (ordinary high divers who streaked themselves with gasoline) and an elephant walking a tight rope (actually a troupe of tightrope walkers in an elephant costume). In 1987, Humane Society leaders threatened fair officials with arrest upon hearing a dog was to be dropped from a balloon, but were chagrined when it turned out to be a hoax and a toy dog was used (Inside the Fence: State Fair Scrapbook, Gale C. Frost, 2000).

The Grandstand events in early years also were more directly related to the fair itself, with judging of beef breeds and a livestock parade occurring there. Weddings were an attraction for decades, Marling notes, with “potential fairgoers wooed by the prospect of being married, free of charge, in an elaborate ceremony replete with costly wedding presents, fancy clothes, and unlimited numbers of guests.” Dorothy Landis and Archie Phillips of St. Paul took their vows in a balloon hovering over the infield in 1928.

Political speeches were yet another hallmark of the early Grandstand. That Teddy Roosevelt spoke several times is well known, but a more intriguing story surrounds Calvin Coolidge’s appearance in 1922, according to Marling. It was a 98-degree day, and the spectators, who in truth were there for the auto races, began clapping, stomping and cheering about 45 minutes into the vice president’s speech. Coolidge still had a large stack of notes to go through, but was drowned out twice (someone even called out “Let’s get on with the races”), so skipped to the last page of his text and ended the speech. He then sat down to a “heartfelt and thunderous ovation,” and the races commenced. 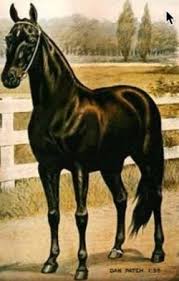 Though harness racing was continued until 1949, auto racing and stunt driving replaced the horse racing that had created such stars as Dan Patch, the horse that broke the world’s record for running the mile at the fair in 1905 and 1906. The first auto show at the fair, “on the ground floor of the brand-new Grandstand in 1909, set the standard for similar displays… It was… the largest automotive show west of New York City” (Marling). That same year Ralph DePalma, “the Demon Driver,” piloted a Fiat Cyclone to three official speed records before the new Grandstand. In its heyday, Sid Haugdahl of Albert Lea dominated the fair’s auto racing: “During his reign, purses reached ten thousand dollars, crowds of fifty thousand were not unusual, and the management boasted that Minnesota had invented dirt-track racing” (Marling). Yet the auto, much as it had replaced the horse, was itself supplanted by the airplane and later, by celebrity entertainment. Despite the participation of stars like A.J. Foyt and Mario Andretti in 1965, the great days of state fair auto racing ended with the Great Depression.

The Minnesota State Fair was a leader in bringing aviation to the fore, as well. Marling considers the purpose of the automobile and aircraft shows was to allow the spectator “to rehearse the unfamiliar feelings of terror and exhilaration associated with modern vehicular technology. Thus the state fair acted as a potent agent of modernization….”

The era of stunt flying was from around 1912 until 1935, and included such acts as Minneapolis native Gladys Roy doing aerial acrobatics blindfolded and Captain J.J. Frakes flying into a “house” erected in front of the Grandstand, as well as presumably more serious demonstrations by the sister ship of Lindbergh’s Spirit of Saint Louis and  exhibitions put on by the Wright brothers’ company. Though there were protests about the unnecessary hazard to human life some of these shows created, stunt flying was only stopped in 1951 after a biplane drilled itself into the ground near the intersection of Snelling and Larpenteur, killing the pilot and his seventeen-year-old stunt girl as thirty-two thousand spectators watched in horror. 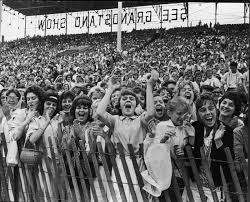 But soon the Grandstand events began to develop into what we know today, largely musical acts by big-name performers. “As stage lighting methods were improved and voice amplification developed, the singing and dancing shows became popular,” notes Duffield. This shift really began as early as 1927 when John Philip Sousa, “The World’s Greatest Bandmaster,” came and was the first real name act at the Minnesota State Fair. “Their tastes sharpened and refined by the pictorial spreads in magazines and nights at the local movie houses, Minnesota fairgoers turned out for shows that brought the glamour of Hollywood and Radio City to the Grandstand,” according to Marling.

Pivotal events in the shift to star performances included Charlie McCarthy and Edgar Bergen, the “real hit” of the fair in 1941, and Ricky Nelson’s act in 1957, which began a series of shows built around television programs or hit records by currently popular celebrities. But the show that’s still in many memories is Johnny Cash in 1969, when he performed to 26,000 people in a standing-room-only Grandstand. The list of big names during the last half of the twentieth century seems endless–Gene Autry in 1955, Buster Keaton in 1963, Sonny and Cher in 1972, Bob Hope in 1978, Peter, Paul and Mary in 1987, and on and on. Willie Nelson is considered Minnesota’s favorite state fair headliner, and among the acts in relatively more recent times are Ringo Starr, Garth Brooks, Reba McIntyre, Christina Aguilera, Alabama, Neil Young, and Rod Stewart. 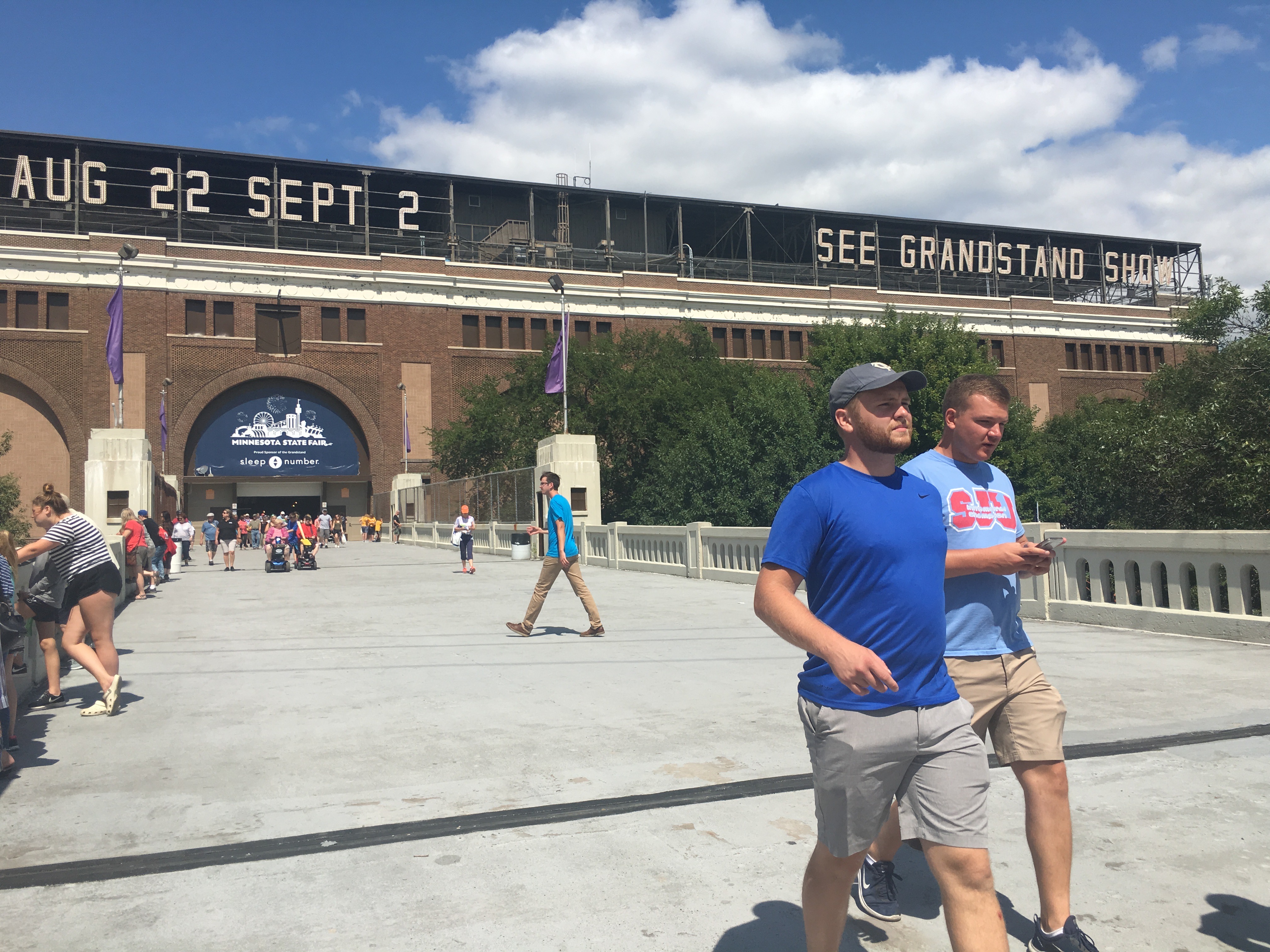 Even with all the changes, the nightly fireworks give the Grandstand and the fair a continuity that stretches back to 1899, and make the nights at the end of August seem like New Year’s Eve.

Photos from Google Images, except first and last are the author’s.  Specifics available on request.

7 thoughts on “State Fair Grandstand: Center of state’s beloved fair has showcased latest in entertainment since 1887”