Clarence Wigington left his mark all over Saint Paul, yet his work was largely unattributed during his lifetime. Even today few recognize his many architectural accomplishments. In a sense, he was an invisible man. 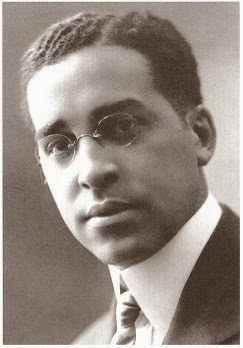 Part of why he was invisible was that he worked 34 years for the City Architect’s office, and structures created by that office were attributed to the whoever was the City Architect at the time. For example, the Highland Park Water Tower for years was attributed to Frank X. Tewes and only later was Wigington’s seminal role recognized, in 1981 when the American Water Works Association named the tower a national landmark and in 1986 when it was placed on the National Register of Historic Places. Two other Wigington buildings are also on the Register: Holman Field’s administration building (1939) and the Harriet Island Pavilion (1941), both in the Moderne architectural style typical of the Depression era, David V. Taylor says in “A water tower, a pavilion, and three national historic sites.” In 2000, the pavilion was restored and re-named for Clarence Wesley Wigington.

Another reason he was invisible during his lifetime, despite his hard work and productivity, was his race. He was the first African American architect ever employed by a municipal government in America, says Arthur McWatt in “The Highland Park Water Tower and its architect, Clarence Wigington.”

Wigington’s professional invisibility also was the result of simple timing. Born in 1883, he reached the peak of his career just as World War I began, and his municipal work was cut short by World War II.

One more factor that likely contributed to his lack of renown was his lack of academic credentials; though he trained under one of the finest architects in the country, Thomas R. Kimball, he never earned a degree from a school of architecture, and this may have hindered his various efforts to develop a private practice. 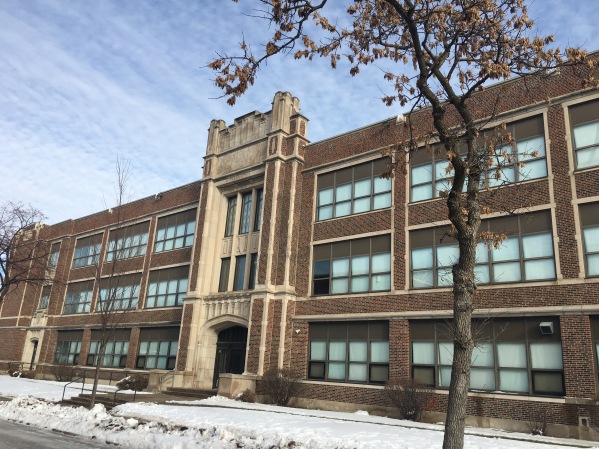 Ironically, however, the very factors that kept Wigington out of the public eye also helped him advance, in addition to his own remarkable talent, skill and determination. His work in the City Architect’s office afforded him the opportunity to create large, long-lasting municipal structures located in public areas. His activities to promote the welfare of African Americans made him a pillar of the black community in Saint Paul. The Depression led to funding for large public projects, including ice palaces, for almost a decade through the Works Progress Administration (WPA) and the Public Works Administration (PWA); Wigington was then essentially in charge of the City Architect’s office and created numerous significant buildings. And, in spite of his lack of academic certification (he apparently did attend architectural school for one year), Wigington learned through mentoring and encouragement from his peers throughout his lifetime.

Wigington did not attend school until he was 10, according to David Vassar Taylor and Paul Clifford Larson in the book Cap Wigington, but completed eight years’ worth of elementary school in five years. He benefited from early mentoring when two elementary school teachers, a Miss Emily Dorn and a Miss Johnson, “noted his artistic talent and paid half his tuition so that he would study art at night while still in high school,” says his granddaughter Gayle Pemberton in “Against the Odds.” Furthermore, he won recognition for his art work when “he won three first-place certificates at the 1899 Trans-Mississippi World’s Fair in Omaha for best drawings in pencil, charcoal and pen-and-ink,” note Taylor and Larson. He was fifteen years old. After Wigington completed high school in 1902, a family friend, Mrs. Marie Brown, who was private secretary to Thomas Kimball, intervened to get him a position as clerk at Kimball’s architectural firm. Taylor and Larson say he was personally tutored by Kimball and his associates and moved to student draftsman, then to junior draftsman. He was at the firm for six years. 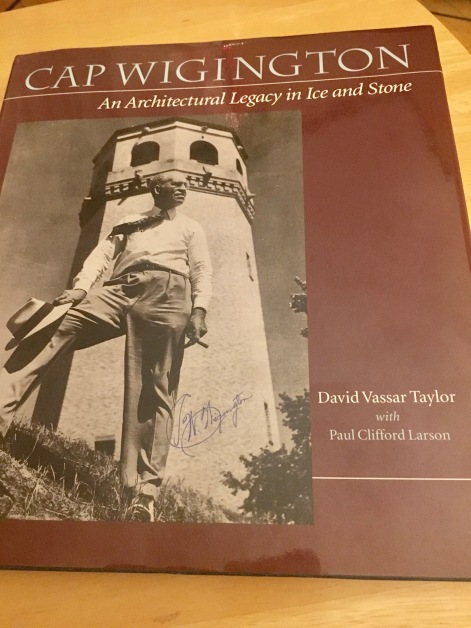 Wigington grew up in Omaha, Nebraska, and moved to Saint Paul in 1913. In 1915 his wife prodded him to take the civil service examination to be an architectural draftsman in the city’s new Parks, Playgrounds and Public Buildings Department, and he scored highest of all eight people who took the test: 84.78. He went to work in that department for the city architect, and worked there with a few interruptions until he retired in 1949. The creation of civil service examinations opened new employment opportunities for African Americans, since they were open to all and had fair hiring as an objective.

Wigington married Viola Lessie Williams in 1910. Gayle Pemberton says, “I recall his telling me, some 60 years later, that the first time he saw her, across a dance floor at a party, he told his friends that she was the girl he would marry.” The couple had two daughters, Muriel Elizabeth in 1911 and Sarah Mildred in1912. Cap and Viola were married 59 years, until his death in 1967.

1913 was a good time to be an architect in Saint Paul. The city was booming at the time and the city’s infrastructure lagged behind its growth. The nation’s City Beautiful movement set the stage for civic improvements. The city government had just been reorganized into a commission form of government, which provided the administrative structure for the department where Wigington went to work.

The lean years during and just after World War I led Wigington to leave his government job briefly and start his own firm, a common practice among architects: “The Complete Service Company, architects and engineers.” But he returned, and by 1922, according to Taylor, “Wigington’s position was firmly established as the senior architectural designer in full charge of the drafting room.” Over the next two decades, Taylor says, Wigington was credited with designing 7 schools, 19 municipal buildings, 10 renovations, 10 outdoor recreational facilities, and 7 ice palaces.

While not all the ice palace designs were realized, four of them were built for the Winter Carnival: in 1937, 1940, 1941 and 1942, though the latter was not completed. Wigington apparently enjoyed designing the ice palaces, referring to them as his “babies.” He designed more ice palaces than anyone else ever has. WPA financing enabled these constructions during the Depression. Taylor and Larson feature some of Wigington’s graceful, elegant drawings for the palaces in their book, and Bob Olsen describes them in “Architect to the Kings of the Carnivals.” The first, designed and built in just a few weeks, he says, was a symmetric Moderne ice pavilion with undulating walls 193’ x 86’. “Bountiful and cheap” building material let Wigington “exaggerate architectural details to take advantage of shade and shadow and the transparent properties of ice.” The next two were built on a hill in Como Park, with the 1941 one having seven towers and “a double exterior wall [that] allowed an impressive array of lights to be sandwiched between the walls and glow outward unseen.” Taylor says Wigington was the vanguard of an architectural form with his ice palace work and “pioneered design elements and building techniques that cut construction time in half.” 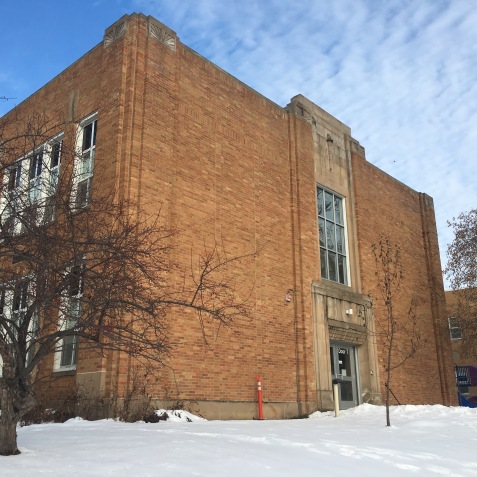 Despite the fact that Wigington denied experiencing discrimination in the workplace, saying, “I never knew I was colored,” he worked and lobbied steadfastly for the rights of his fellow African Americans. He earned his nickname “Cap” from his rank as captain of Company A, 16th Battalion [Negro] Home Guard of Minnesota, one of four companies formed in response to his petition to the governor of Minnesota. The National Guard here was not integrated at the time, and the Home Guard companies allowed African Americans to participate in the war effort during World War I.

Wigington was also instrumental in the founding of the Sterling Club, a social club for blacks. He was on its first board of directors, served a year as vice president, and designed the clubhouse. When he died he was the last surviving member. 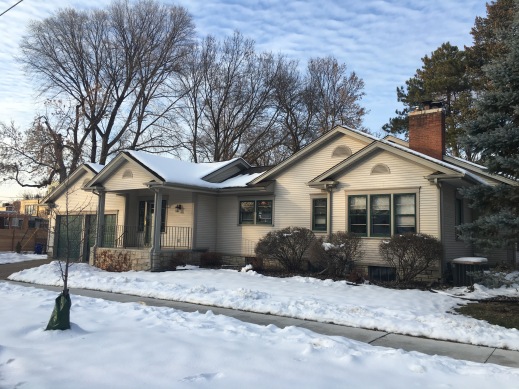 During Wigington’s prime years in Saint Paul, Taylor and Larson note, “opportunities for social involvement abounded.” Clarence and Viola Wigington joined the Forty Club together. Clarence was also a moving force in the Saint Paul Urban League, pushing for its founding, serving as its head 1932-1938, and serving on its board 1941-1947. He belonged to the National Association for the Advancement of Colored People (NAACP), went to St. Philip’s Episcopal Church, was active in his Elks lodge, was an active mason and was an esteemed member of the American Institute of Architects (AIA). 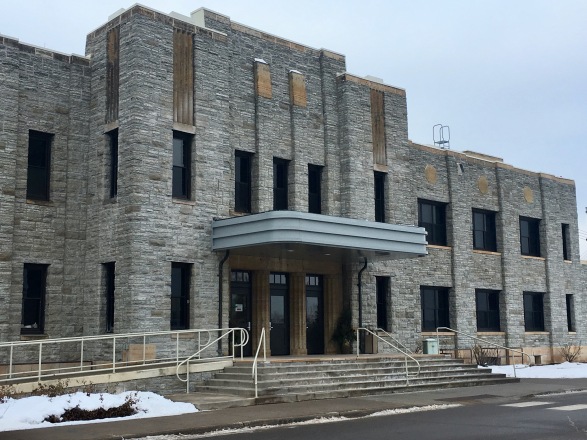 In 1942 Wigington was named the city’s architectural designer; he never attained the post of city architect. He retired in 1949 and moved to California, where he had become interested in the style of post-war housing being erected. His practice there did not thrive, however, due to lack of contacts and credentials, and he kept his home and office in Saint Paul. Eventually he moved back to a relocated office in the Hamm Building and a home on Dayton Avenue. In 1963 he fully retired and moved to live with his daughter Muriel in Kansas City. He died there in 1967.

Wigington’s style is described in Architecture Minnesota in 1999 as “classical in spirit, symmetrical in design, simple with respect to ornamentation and visually/aesthetically pleasing. He was a perfectionist who preferred understated detailing, yet some of his designs appeared strikingly bold,” cites Taylor in his article. He also notes most of Wigington’s buildings are still in use. 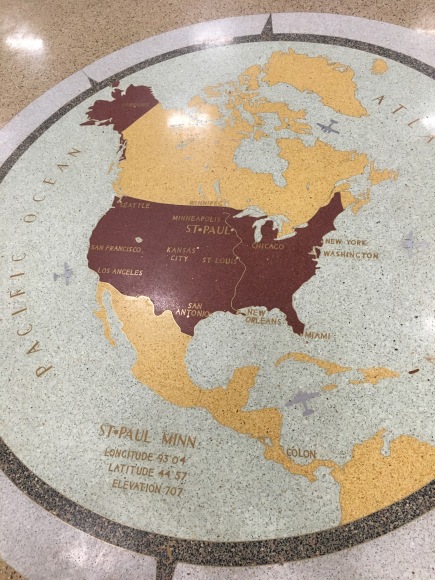 Pemberton describes Wigington as a person, a grandfather:

In his private life, he spoiled his grandchildren, sang us silly songs that he made up on the spot, and regaled us with his knowledge of baseball and politics. He had taught himself to play ragtime piano… I remember him as the most meticulous man I’ve ever met. He swept his car daily with a whiskbroom. He wore only suits, with white shirt and tie. When he was being casual, the jacket came off, and perhaps he would wear a cardigan. The cigar was always present but infrequently lit. He had a fine sense of humor and a flair for telling long and involved stories.”

Wigington turned out to be an invisible but unsinkable giant. He’s become much better known in Saint Paul, and the city is enriched by his legacy. Arthur McWatt said “the genius of this African American architect touched every area of the city,” and “he left a legacy of beauty and form not only to Saint Paul but to cities on the West Coast as well.”

*Highland Park Water Tower details: 1570 Highland Parkway, on the northwest corner of the 265-acre city park, constructed 1928 on the second highest point in Saint Paul, on National Register of Historic Places. Height 134’. Located by 1.8-million gallon, 1923 reservoir. It’s a 200,000-gallon steel tank encased in random ashler Kasota stone, Bedford stone, and tan brick that cost $69,483 to build. Style is in the Spanish tradition and it was the source building design for other key structures in the park (Taylor, “Water Tower”). 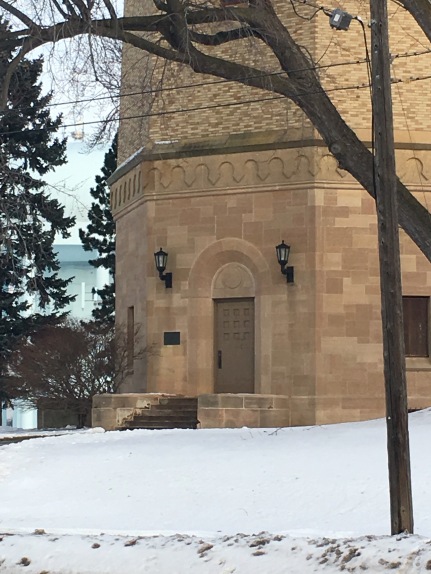